The first group of authors that I am going to share began publishing more than a century ago.  I bet that’s unexpected.  They were contemporaries and well known for their literary contributions–though not, perhaps, as much for their speculative efforts. 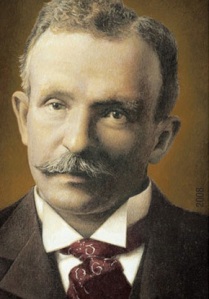 Charles Chesnutt (1858-1932) was known for fiction that explored the nuances of postbellum African American experience with a particular focus on the efficacy of  Reconstruction in providing solutions to the various inequalities that were the legacy of slavery.

He published The Conjure Woman in 1899.  The book, a series of loosely associated short stories, focuses on Uncle Julius McAdoo efforts to dupe and manipulate his northern-born, white employers.  The tales are short and funny, and Uncle Julius is no Uncle Remus–if you catch my drift.  His stories combine a good bit of “cunjuhring,” “root wuk,”  “goophering” and a whole lot socio-political commentary on black life in the era immediately following Reconstruction–all of the things that we love about good speculative fiction today.  The book also has quite a healthy dose of dialect–that nineteenth century dialect which Chesnutt employed with unparalleled mastery and to great effect–so be prepared to wade in and be amused and amazed.

Pauline Hopkins (1859-1930) was well-known for her fictional representations of middle class black women and black families and the very different challenges that they faced in the aftermath of the Civil War and as a result of the ways that slavery undermined both identities and institutions within black communities.  Hopkins, through her writing, was an advocate for black women becoming involved in the political process as a way of reclaiming some measure of freedom that slavery denied them.

Her novel Of One Blood, or The Hidden Self was published in a serialized version beginning in 1902 and ending in 1903.  The novel begins on a stormy Boston night, in the living quarters of Reuel Briggs, a 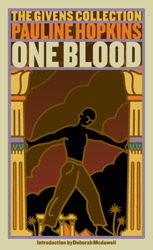 mysticism scholar of mysterious ethnic origins (for those of you that aren’t familiar with the nineteeth century lingo, that means he is a mulatto).   From there, Hopkins concocts a tale of stunning intricacy that includes Oriental (don’t worry, when talking about Hopkins, that term is appropriate) mesmerism, ancient, mystical, and hidden African kingdoms, and metaphysical globetrotting.  How’s that for a novel published at the beginning of the twentieth century.   In addition, this book has all of the action and adventure and romance that you could want.  There’s even a leopard (so now you understand why I love this book).  Find out whether Reuel is tragic or not and check out this book.

What do you think? Cancel reply